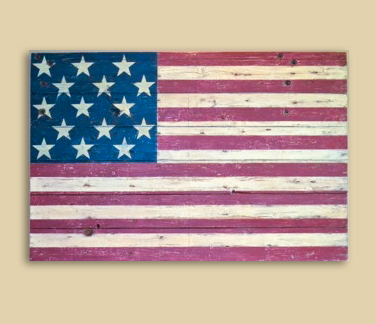 Flag Information: This became the official flag of the United States with the Flag Act of January 13, 1794, providing for 15 stars and 15 stripes.  Stripes and stars were added for Vermont (March 4, 1791) and Kentucky (June 1, 1792). The new states had been demanding representation in the flag but opinions were sharply divided in Congress.  Opponents characterized the debate itself as a “consummate piece of frivolity,” indignant at the “sinful” waste of money the change would incur–including $60 to replace the flags on all Naval vessels. Proponents argued that excluding the new States offended their citizens. Adding new stars was a matter of national prestige, a clear sign that the United States was growing. The latter argument prevailed but not without this dire prediction: “If we alter the flag…we may go adding and altering at this rate for one hundred years to come.  It is very likely, before fifteen years elapse, we shall consist of twenty states….”

Barn Information: This flag is painted on a part of a door from a barn built on Cranberry Road in Burlington, WI c. 1920.  The farm has had numerous owners, reflective of the immigrant history of the Burlington area.  The first settlers came in 1836, four men who made a “jackknife” claim to the land by carving their names on a tree.  They named the town Foxville because of its location at the junction of the Fox and White Rivers.  The”immigrants” who followed came primarily from the northeast and brought their heritage of Scotch and Irish ancestry.  In 1839 the name of the town was changed to Burlington after Burlington, Vermont. A dam was built on the Fox River, followed by a sawmill, a grain mill, and then the first bridge to span the Fox River. 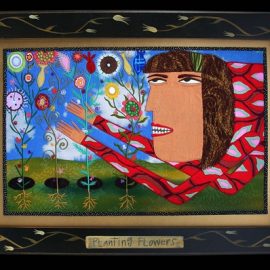 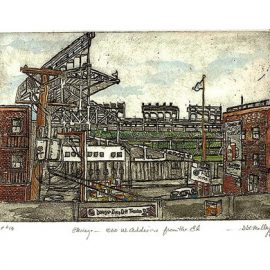 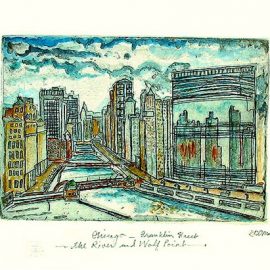