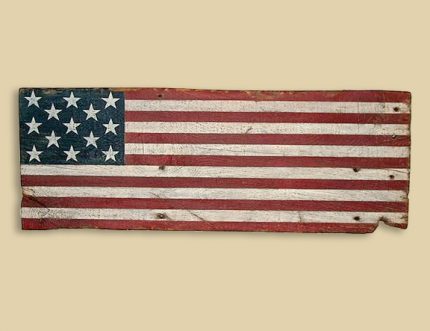 30.25L x 12H
Flag Information:
This became the official flag of the United States on June 14, 1777, the result of Congressional action taken that day.  The resolution reads: “Resolved, that the flag of the United States by thirteen stripes, alternate red and white; that the union be thirteen stars, white in a blue field representing a new constellation.” No directions were given on how these elements should be arranged or portioned.  Although it had been under consideration for six years, no record of any discussions was found in Congress.

Barn Information:
This flag is painted on floorboards from a barn built in Ogle County, Illinois, c. 1873.  In 1929, the farm was purchased by the family of the existing owners.  At the time, the family was living in the city of Chicago but had long wanted to purchase a farm.  On October 28, 1929, the family, against the advice of their banker, withdrew all of their cash from their bank accounts.  That same afternoon they purchased the farm.  The next day, October 29, 1929, was Black Tuesday, the day of the stock market crash of 1929 that began the Great Depression.

Five children were born on the farm.  Two years after the last birth, the mother died and her parents arrived at the farm to take the baby home with them. The father refused, confident that he would be able to farm and raise his five children himself. He did, and that baby is now the current owner, farming the property with his son and grandson. Over time they have purchased additional farms and now raise cash crops on over 2,000 acres supplying grain for alternative fuels. 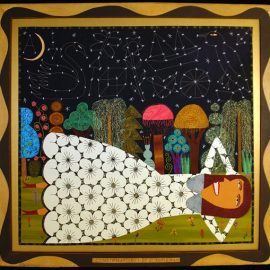 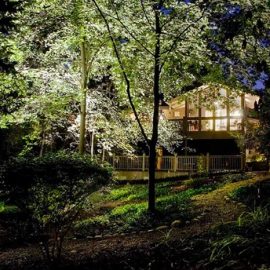 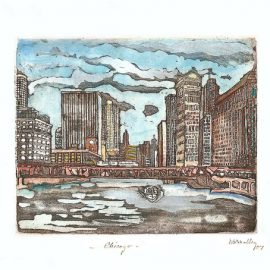